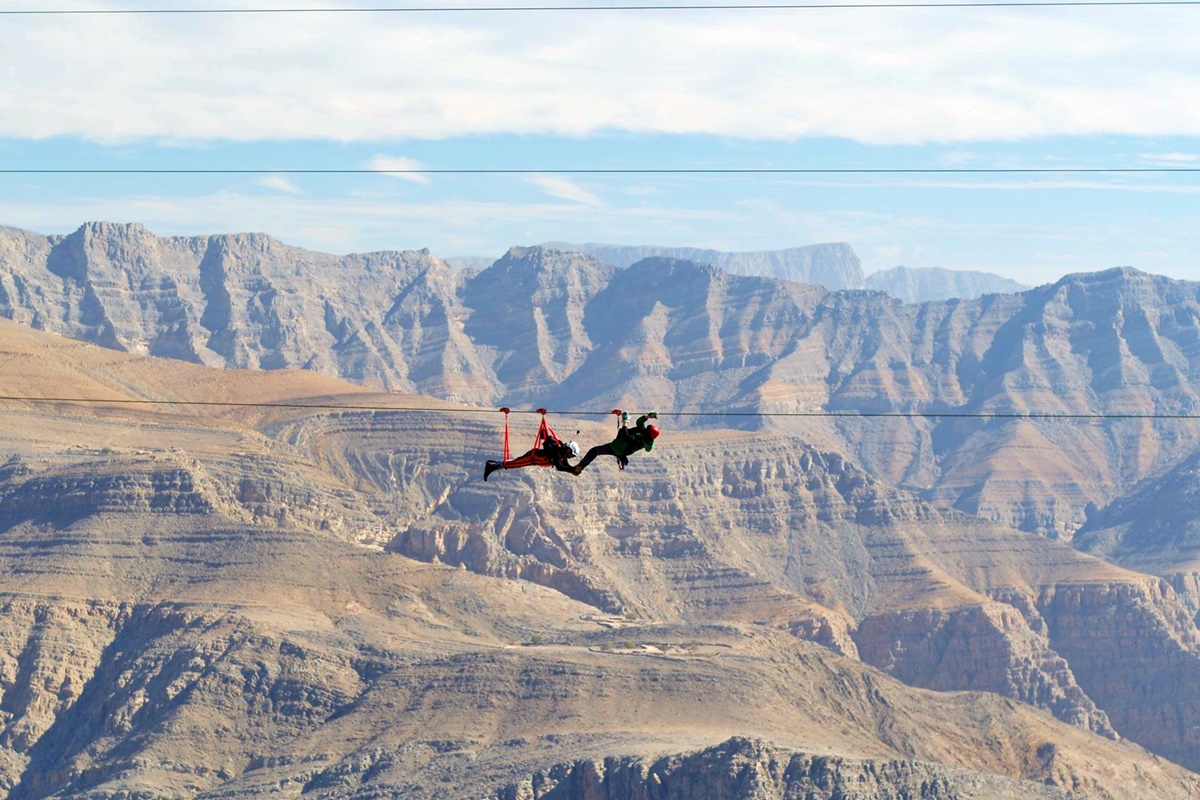 Experience an adrenaline adventure and ride the longest Zipline in the world in the Jebel Jais Mountain in Ras al Khaimah. Buy one flight till September 16, 2021 and get the second one for free!

The World’s Longest Zipline certified by Guinness World Records, with a 2.83 km span of zip-wire, equivalent to 28 soccer pitches. Starting at the highest point of the UAE 0 1,680 mts above the sea level and after flying above the magnificent Jebel Jais mountains at an average speed of 120 kph, you will land in our top of the line suspended platform. Book the Jebel Jais Flight and experience this rush of adrenaline!

Highlights of the Jebel Jais Zipline in Ras al Khaimah

About the Jebel Jais Flight