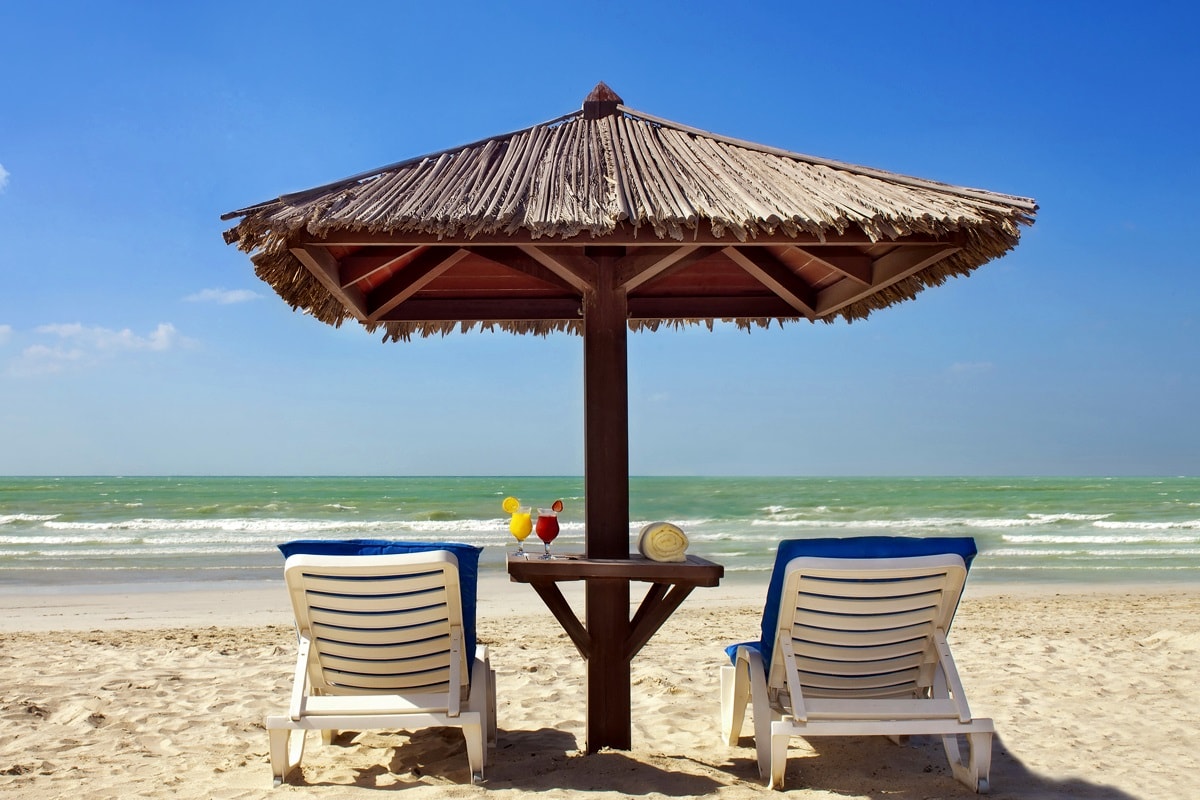 The name of the emirate means Mother of Two Powers and refers to its indomitable power over both, land and sea. The city itself has been built on a narrow peninsula called Khor Al Bidiyah.The old town and the business district are located at the northern tip of the peninsula, along King Faisal Road. Situated on 24 kilometres of coastline, Umm Al Quwain is mostly known for its long clean beaches, an enclosed lagoon and public horse riding stables. The key attractions include historical sites, ancient forts, a natural reserve with many species of birds, deer and rare flora, and a multi-million dollar water park. The most important archaeological sites are Al Madar, Ed Dur, and Tell Abraq which lies on the border with Sharjah. Of the seven forts in the emirate, the one flanked by defensive cannons has been fully renovated and is now the Umm Al Quwain Fort and Museum. Once the headquarter of the local police, it still has functional kitchens, storerooms, and meeting rooms on display, showcasing ancient building techniques. Dreamland Aqua Park, with 25 attractions, is one of the largest water theme parks in the UAE. The multipurpose facility also serves as a venue for concerts and shows. Umm Al Quwain's dhow building yard is a legendary institution, where craftsmen still build traditional wooden boats by hand. Falaj Al Mualla, located 50 kilometres southeast of the Umm Al Quwain city, is an attractive natural oasis. Next door, the charming camel racetrack of Al Labsa is set in the leeway of large sand dunes. Sinaiyah Island is home to a large number of Socotra Cormorant birds, and is the third largest such colony in the world.