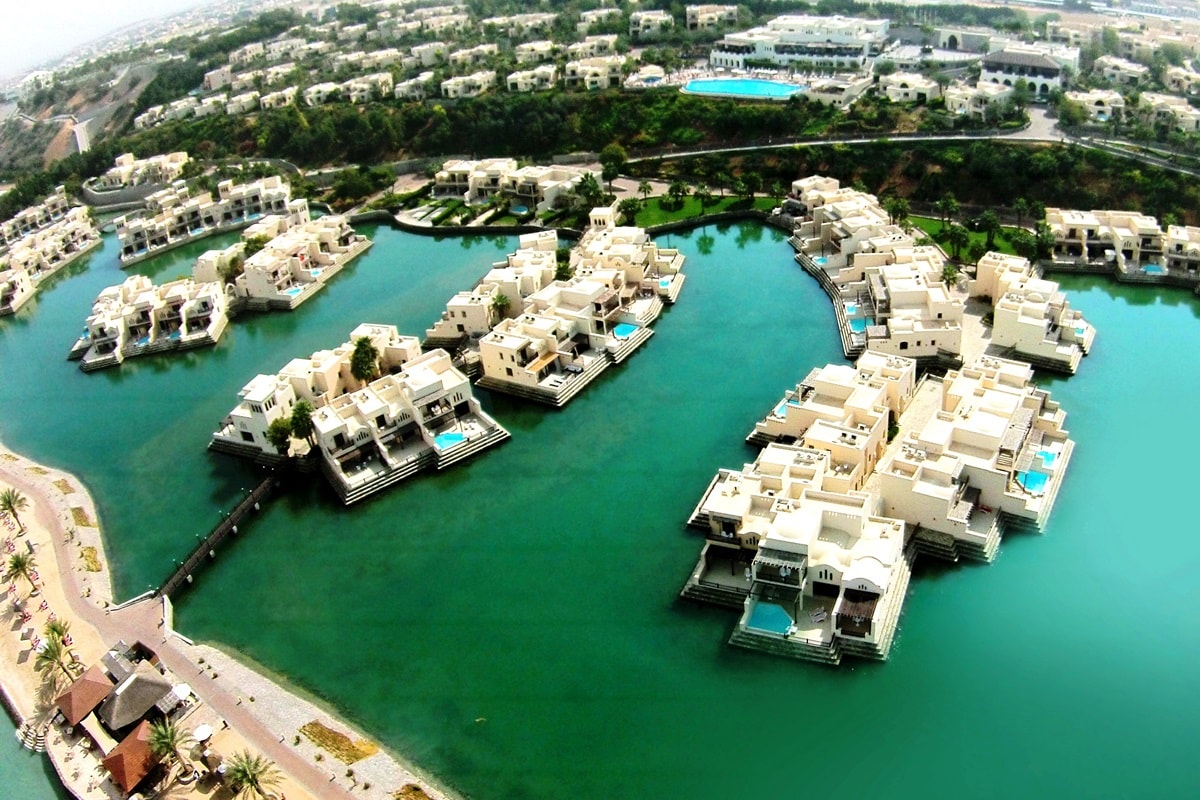 Ras Al Khaimah means the top of the tent, in Arabic. The most northern emirate of the UAE is also its most picturesque. Once known as Julfar, the emirate has been the site of human habitation for several millennia, and local archaeological sites date back to the Umm Al Nar civilization of the 3rd millennium BC. In the absence of oil, the Ras Al Khaimah has focused on developing its industrial sector. RAK Cement Company was formed in the early 1970s and is now one of the largest cement producers in the region. Gulf Pharmaceutical Industries (Julphar) are the region’s first and leading pharmaceuticals company. Surrounded by sea, desert, and mountains, this land boast a plethora of white beaches, blue seas, fertile plains, forests and farms, thermal springs, rugged mountains and red dunes. Combining adventure with relaxation is the central theme of Ras Al Khaimah’s tourism industry, and visitors can take in historic landmarks, stunning scenery and desert wildlife, just as they can enjoy a game of golf or try adventures in the desert or on water. The National Museum of Ras Al Khaimah is housed in the former palace of the ruling family and has many exhibits on the natural history, arts and crafts of past centuries. Dhayah Fort is the country’s only surviving hilltop fort. Shimal and Sheba’s Palace house historic tombs and palace ruins. Ras Al Khaimah has an adequate number of local and international hotels, with more planned for the future.